In the semiconductor industry, microelectronic components are built up on the plane surface of a single crystal. During the production process, layers with particular electrical properties (insulators, conductors and layers with certain conductive properties) are applied on top of each other. Due to the different properties of adjacent layers, electronic components such as transistors, capacitors, resistors, etc. are created.

Vacuum technology is used in many different processes during the production of integrated circuits, such as doping the semiconductor base material, building up layers, structuring and also in analyzing. Production takes place in cleanrooms. Vacuum pumps are used either directly on the production machinery in the cleanroom or in a separate pump floor (basement) underneath the cleanroom.

The processes place different requirements on the pumps used. Processes without corrosive, toxic or condensable media can be operated with pumps that are not specially equipped for handling corrosive gases. These processes include

The pumps used (L series) are described in Chapter 4.6.3. Using the pumps directly in the cleanroom means not only that fore-vacuum lines to the pump basement and any heating required can be dispensed with, but also that conductivity losses can be reduced and reproducible installations with high process stability can be realized.

Medium duty applications can involve corrosive chemicals with a tendency to condense, but do not generate particles. This type of application includes different processes such as

The pumps used (P series) are described in Chapter 4.6.4. For safety reasons and owing to the proximity to the waste gas purification system, process pumps are often installed in a basement.

The previously mentioned processes for P and H pumps use chemicals with, for example,

Extensive knowledge of vacuum technology and vacuum process technology is required to define a practicable solution with long-term stability and minimum cost of ownership. This, for instance, includes defining the pump working temperature in order to prevent condensation due to too low a temperature, powder formation at too high a temperature or blockage of the pump if the chemicals remain in the pump body for too long. In addition precise controlling of the temperature pattern is often necessary not only in the pump itself but also in the production plant, fore-vacuum line and exhaust gas line.

Vacuum processes in the solar industry and in display manufacture are often similar to the processes used in the semiconductor industry. Due to the larger surfaces to be coated in these industry sectors, the gas throughputs are higher however, and require pumps with correspondingly high pumping speeds.

As an example: in the solar industry, antireflective layers and silicon nitride layers which passivate the surface are applied to the solar cells in a plasma CVD process to better harvest the sun’s light. These are not only deposited on the substrate as desired, but also on the walls of the vacuum chamber. The process chamber must be cleaned at the latest when the layers which have accumulated on the walls no longer allow a controlled vacuum process. This is done by in-situ plasma cleaning with the strongly oxidizing agent NF3. If the pump (in this case the AD 73 KH, see Chapter 4.6.5) is operated at too low a temperature, then, as shown in Figure 4.10, the reaction product ammonium hexafluorosilicate is deposited in the pumping station. An ideal process control includes not only a process compatible pump and a tried-and-tested and qualified set of operating parameters but also: 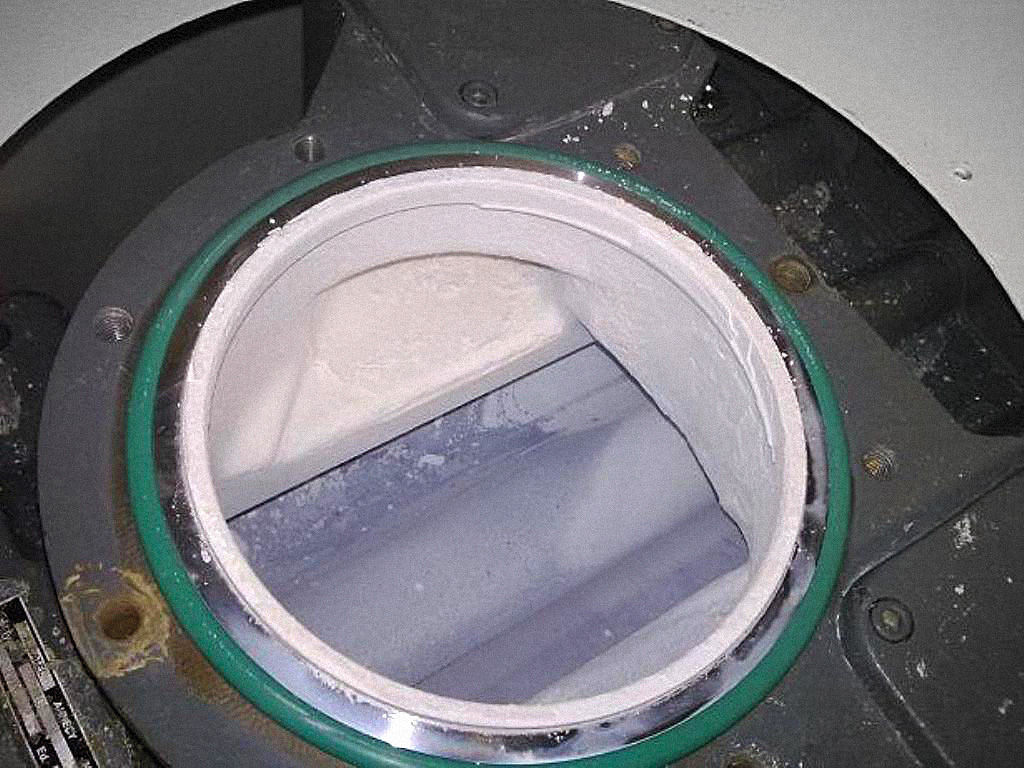 Figure 4.10: Condensation of ammonium hexafluorosilicate (NH4)2SIF6 in a Roots pump operated at too low a temperature