CF flanges were designed for UHV applications, are bakeable up to 450°C and suitable for pressures less than 1 · 10-12 hPa.The demands on the materials are relatively high. CF flanges are made almost entirely of stainless steel, generally with a low carbon content. The material 1.4307 is sufficient for many applications. For higher demands, for example, regarding the strength or a low magnetizability, the premium stainless steel 1.4429 ESR is recommended. For use on aluminum chambers, special bimetal flanges were developed, consisting of an aluminum base and a stainless steel surface or aluminum flanges that are equipped with hardened surface seal areas. In practice, however, their use often fails due to the relatively high price, the critical processability or the limited bakeability.

CF connection consists of two symmetrical flanges with cutting edges, a metal flat gasket, which is centered in a shallow groove and a sufficient number of screws, which provide the necessary high contact pressure (Figure 3.15). A radial recess on the flange is used for loosening the flange and it is useful for leak detection, as the helium can be sprayed directly onto the sealing surface. In addition to fixed flanges, which must be each aligned with a hole position, there is a design with a rotating collar flange, so that the flanges can be aligned in any direction around its main axis. 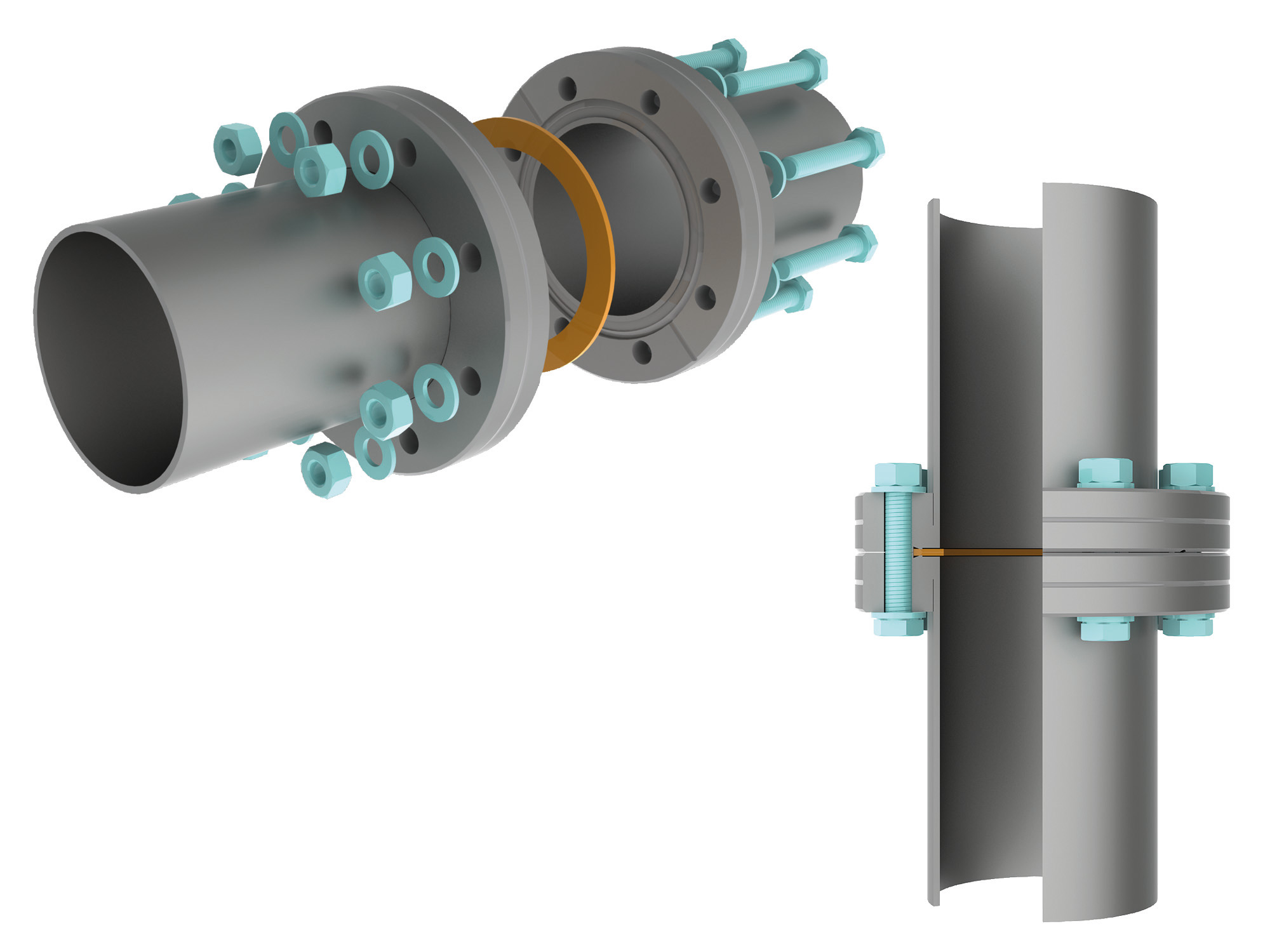 Oxygen-free copper OFCH (Oxygen Free High Conductivity) is generally used as a sealing material, for temperatures exceeding 200°C in a silver plated design. During assembly, the cutting edges of the flanges are pushed into the enclosed sealing disc. Extrusion takes place on the outer cutting edges and at the same time, on the inner edges a cutting operation takes place. The cold flow is limited by the outer vertical flange walls, so that very high pressures are created in the boundary layer. Under the high pressure, the copper of the microstructure adjusts to the cutting edges and to fills small surface defects, which creates a metal ultra-high vacuum-tight connection. Previously used copper gaskets cannot be reused. For pressures up to approx. 1 · 10-8 hPa, seals made of FKM can be used several times.

During assembly, the screws are initially tightened uniformly diametrically, to avoid any tension. Subsequently, the screws should be tightened in sequence, in several passes, step-by-step until the copper is connected to the sealing surface in a ultra-high vacuum-tight manner. When baking out, the heating and cooling should be smooth and not be too fast. Temperature differences at the flange connection lead to tensions that may damage the components, such as glass elements or may cause leaks.